Thanks to an Accreditation Upgrade Card, I could quickly follow the handball semi-finals (Poland was playing against Russia) in the National Indoor Stadium, where Gymnastics had also been staged. In the afternoon I took a long nap at the very spot where I was reflecting on what was coming at me a couple of days before the Games started. Young couples were flying the small kites courtesy of GE and generally having a great time.

In the evening I decided to stay on the promenade to savour the last hours of the Olympiad, rather than following the Closing from a screen. The athletes of all nations came our way to enter the National Stadium in casual dress, and the champion generating most excitement must have be Yao Ming - the basketball player - I really thought some of the girls near me where going to faint after releasing deafening screams. You can never miss him as he always peeks out of the crowd, and he always seems to be easygoing. As hard as I looked - except for Elodie - I was not able to spot Tia, Kim, Evi, Sebbe or Carolijn in the wave of Olympians.

The big television screen nearby went blank, so no-one outside was able to view events unfolding inside of the stadium, but the pictures below and the little video demonstrate that the fireworks were well worth this small sacrifice. 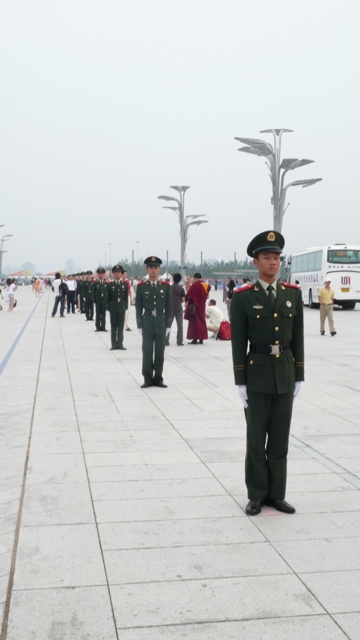 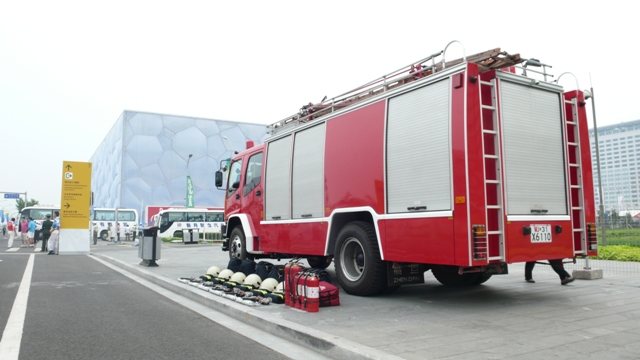 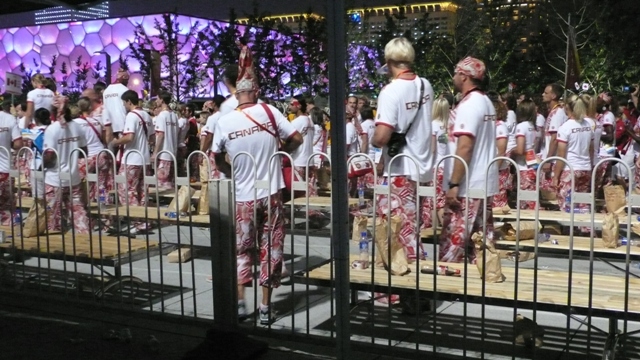 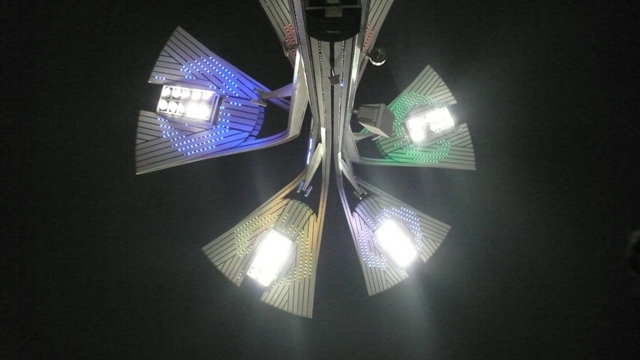 Lanterns out of space. 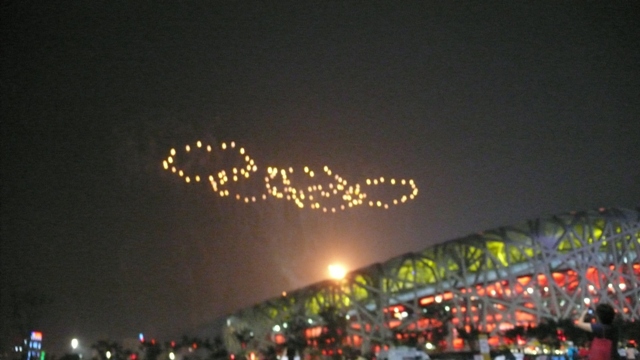 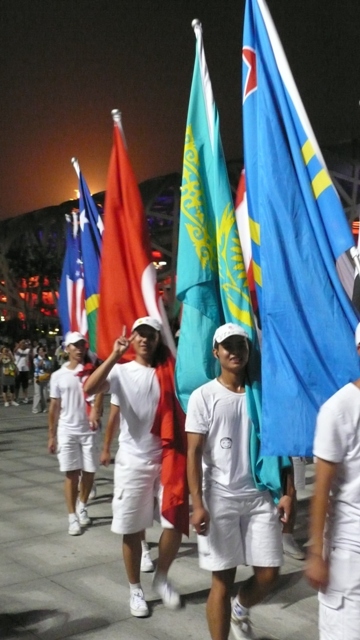 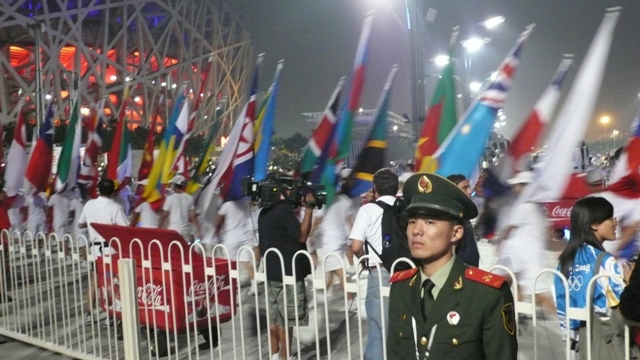 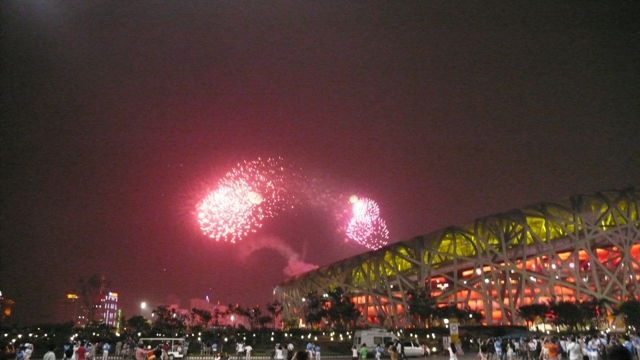 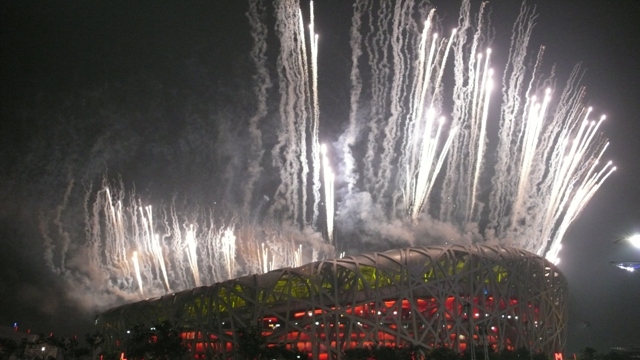 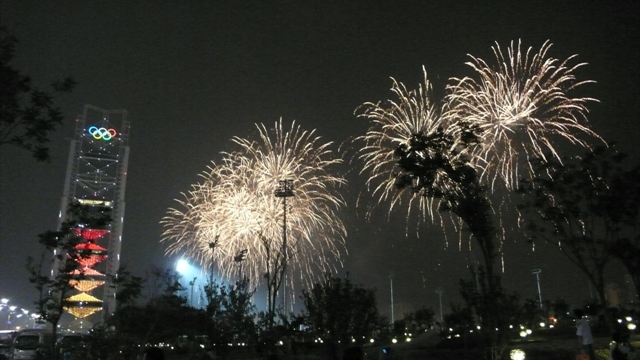