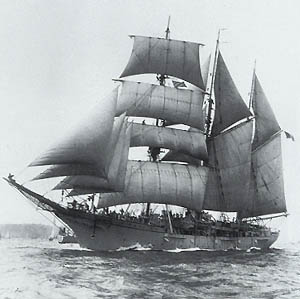 My father was born in Roeselaere on 8 oktober 1933 as the son of Maria Muylle and Maurice Hoornaert, who was a skilled carpenter, crafting everything from coffins to staircases out of wood. His mother Maria got hit by a car in Roeselare when crossing the road and died on 29th December 1960 (his Sailor's book indicates he was crossing the Golf of Mexico that time aboard the S.S. Louis Sheid). His only sister Magaretha died following a cerebral hemorrhage on 13th April 2004. The family name "Hoornaert" - I was told by Paul Hoornaert who used to be the Chief Financial Officer at Capgemini - designated the Dutch people coming from the town of Hoorn in the Netherlands, who came to West Flanders to fill up the marshes between the Northsea and the IJzer river. My father was 7 when World War II broke out, and the German army invaded Belgium on 10th May 1940 for the second time. During the war German solidiers were permanently quartered in their home, and nobody could get close the French border or the beach anymore (where Nazi troups built the Atlantic wall to ward off Allied troups). The heaviest fighting occured during the liberation of West Flanders in 1944 - after the invasion of Normany - by Polish soldiers fighting in the American army. A tank nearly fired into the house, and my father always recalled a young German soldier nearby calling for his mother after being hit, until he got shot through the head at close range.

People in the West of Flanders are very traditional, introvert and Roman Catholic. My father could not take any of it, and at some point decided to sign up for the French foreign legion. After being shipped to North Africa, he soon discovered that fighting and killing was definitely not his thing, so he escaped back to Europe in a trash can. Afterwards he stayed low in a remote rural French village, claiming he was Dutch by birth, and that he lost both his parents in the disastrous flood of 1953. While he made himself a new living baking bread, tending vines and farming, he nevertheless got arrested by the French police. After many exchanges he finally ended up in the Prison of Ghent, and luckily a priest had the connections to get him out. Many years later we both visited the headquarters of the French Foreign Legion in Marseille, but my father never told me the details of this story.

In 1955 he embarked for the first time in Antwerp as "koksmaat" ("galley boy"). See my other blog entry for details on his voyages as a sailor. He travelled aboard the Mercator to Quebec (a barque from the Belgian marine, see photo) and cooked for Belgian colonists going to Kongo. Many adventures date from this period, such as waking up at gunpoint after getting lost in the Kongolese jungle. A couple of stories always stood out ... Once a sailor was killed with a kitchen knive in a row at sea. The body was suspended in the fridge, and the murderer was arrested in Havana. After many year my father bribed his way into the Cuban prison to visit this broken man, who commited his crime in an act of stupidity. As another story goes, the ship ran ashore near Port Said and got almost overrun by pirats in small wooden boats assaulting the vessel. The crew had to fight half a day as a team to keep them out until high tide set them free again. In North African ports thieves were fooled with monopoly money, or they heads were trapped in the porthole while trying to steal the sailor's personal possessions. A dangerous sport indeed, because these culprits were yielding sharp knives. After he had to leave the ship for an urgent operation to remove his appendicitis, my father told he travelled through Mexico after he left the hospital. Last but not least he didn't mind sailing under the flag of the Democratische Republiek Congo after independance in June 1960. One of his best friends was the Congolese baker on board, but unfortunately I never had a real chance to meet this man. At one point a far relative of Joseph Kasavubu - in military training - always demanded special culinary treatment. My father ordered him to eat the same as all the other cadets, and threw his food in the Congo rivier. At the next port my father got arrested and could have been killed - considering the hatred against whites - but he served everyone lots of beer, told he was sorry, and was promptly forgiven for his behaviour.

When he married my mother Marguerite in 1969, he stopped undertaking long voyages. During these years he crashed his sportscar and never drove again. For a while he worked on the ferry from Ostend to Dover, afterwards he opened the sailor's restaurant/hotel "De Maritime" in the Sint Jansplein in Antwerp. From those days I remember the sailors were a funny lot. Though being an excellent chief cook, he could not keep to a single project or a job, and easily got himself into a fight with the boss. Furthermore he drank as an Irish and smoked as a Turk. Apparently my own name was not supposed to be Patrick, but he forgot and registered me in the name of an Irish pal with whom he again shared a glass too many. He could cook excellent Muambe and Sakasaka (a Congolese speciality), Portugese fish soup, and chicory with ham & cheese baked in the oven (a Belgian speciality). Also his spaghetti was second to none. 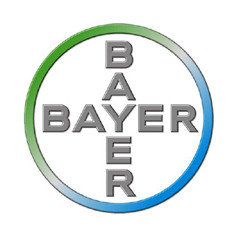 Finally he got himself a steady job in Bayer, a chemical factory near the Schelde, who supported him to study in Leverkusen. Also I worked twice in Bayer as a job student. My brother Dieter Hoornaert was born 5 years after me. Together with my father, I made a lot of hiking trips by bike or on foot through Spain (where he told me stories of this country under general Franco's rule), Schiermonnikoog, the Provence in the South of France, but also near such as the Biesbosch, the Ardennes or Brugge.

The year of the Tiananmen incident - when my future wife Shanshan still lived in Beijing - I moved to Brussel to study at the VUB (Free University of Brussels). The same year my parents divorced, I started working to make a living as a student, and I lost contact. Later my father moved to Beveren were he met Georgette Stoop, who died in a tragic bicycle accident. Afterwards my father spent his last active years living and travelling with Maria Bal. Around 2005 he got a cerebral hemorrhage, which must have been the worst time of my life until now, as nobody wanted to take up any responsability. After a prolongued stay in Sint Lucia in Sint Niklaas, we finally found a place for him in De Notelaar, where he mentally and physically deteriorated, until he quietly passed away on Friday 8th August 2008 during the Opening Ceremony of the Olympics 2008. As you can read in my blog-entry "8-8-8" I was working as a Volunteer in Beijing when this happened. The funural ceremony took place in September 2008.

Below a collection of pictures, I don't have that many, so don't hesitate to submit any unknown material or new stories. 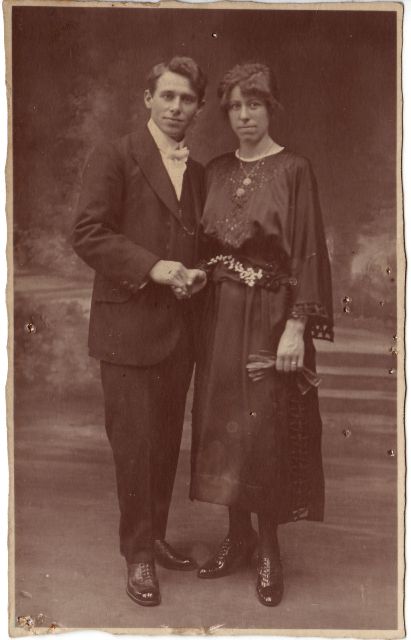 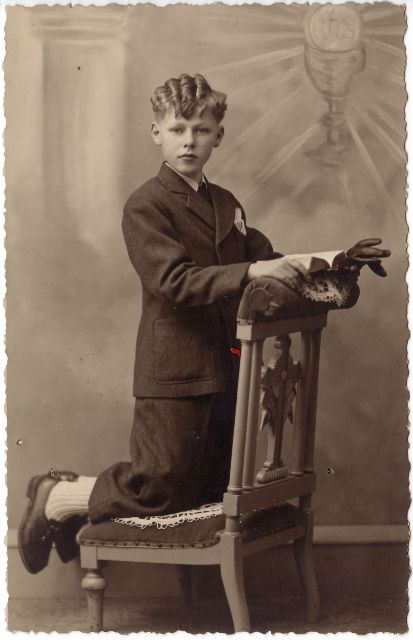 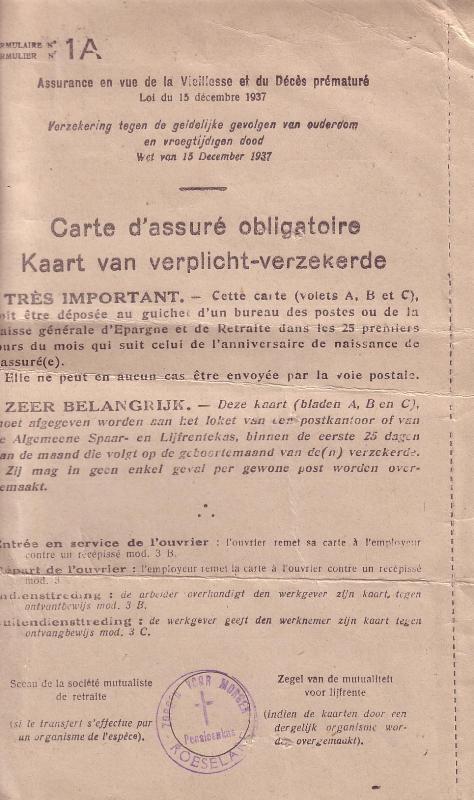 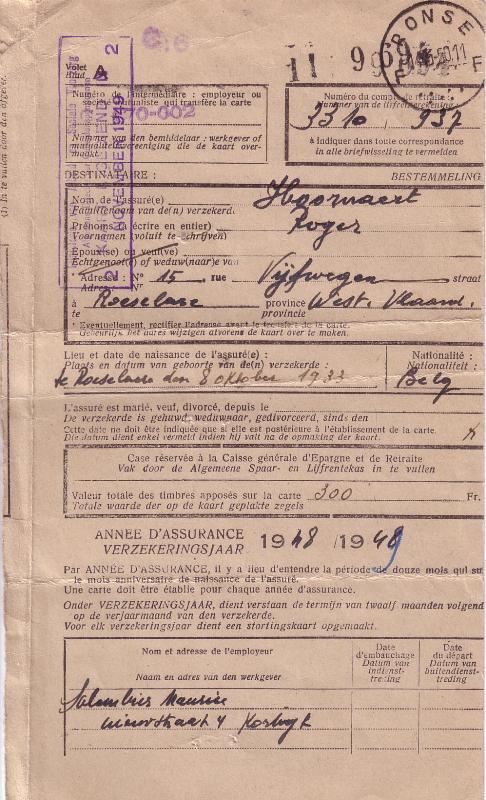 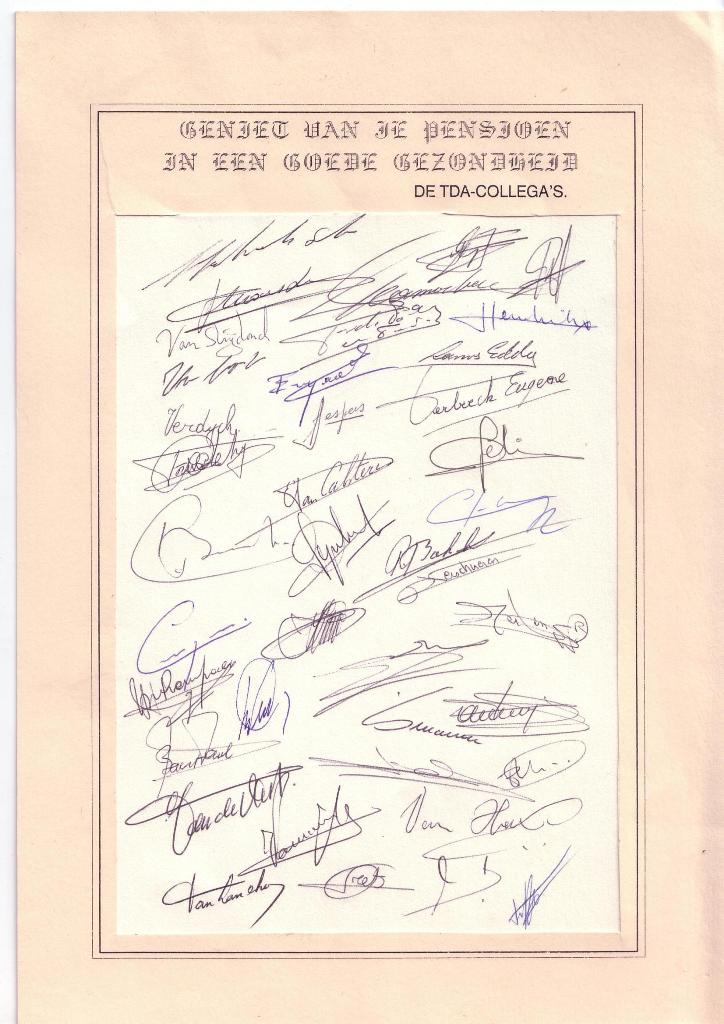 Farewell of this TDA colleagues in Bayer upon retirement. 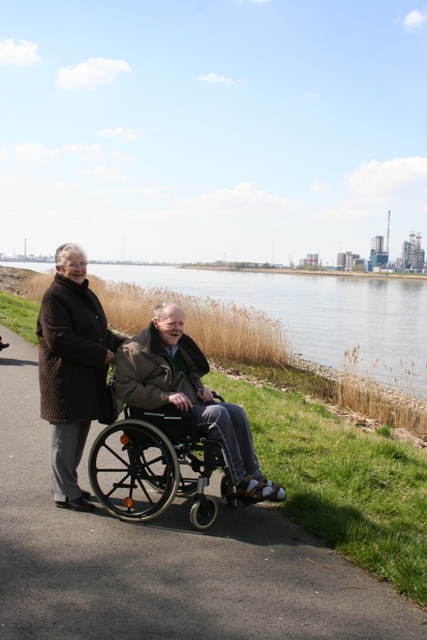 Last photograph with a volunteer of the rest home "De Notelaar" near the Schelde river, a few weeks before he died. This river, its industry and Antwerp harbour has been a twisted thread through is life.

The road not taken

Two roads diverged in a yellow wood, And sorry I could not travel both And be one traveler, long I stood And looked down one as far as I could To where it bent in the undergrowth. Then took the other, as just as fair, And having perhaps the better claim, Because it was grassy and wanted wear; Though as for that the passing there Had worn them really about the same. And both that morning equally lay In leaves no step had trodden black. Oh, I kept the first for another day! Yet knowing how way leads on to way, I doubted if I should ever come back. I shall be telling this with a sigh Somewhere ages and ages hence: Two roads diverged in a wood, and I-- I took the one less traveled by, And that has made all the difference. R. Frost