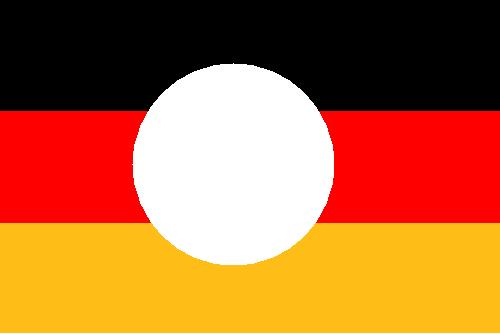 Tonight a ribbon of thousand domino's falling from Potsdamer Platz via the Brandenburger Tor to the Reichstag will symbolize the coming down of the infamous Berlin Wall on the 9th November 1989. This major world class event marked the effective beginning of "Die Wende", leading up to the re-unification of East & West Germany on 31st August 1990. This twentieth anniversary means a lot to many, but most of all that I got a couple of days older. Back in 1990 me and my pretty slim Chinese girlfriend - now wife and mother of my daughter since long - drove 650 kilometres with my cousin and his friend, who both had girlfriends in the German Democratic Republic, whom they had met when holidaying in Bulgaria at the Black Sea beaches. Meanwhile they got used crossing the iron curtain, but all harassment at the borden had suddenly evaporated within months. Me and Shanshan were dropped for the weekend amids amazing Berlin, staying overnight at a typical Ossie-style hotel in East Germany, and a Wessie Youth Hostel in West Germany … watching the Fernsehturm in the East and Bauhaus in the West. Looking back at old photo's, it really felt like a time-machine swapping between seventies (East) to nineties (West), aggrevated by the old camera giving the pictures that polaroid feel. Tearing down our own part of the wall while we were there anyway. 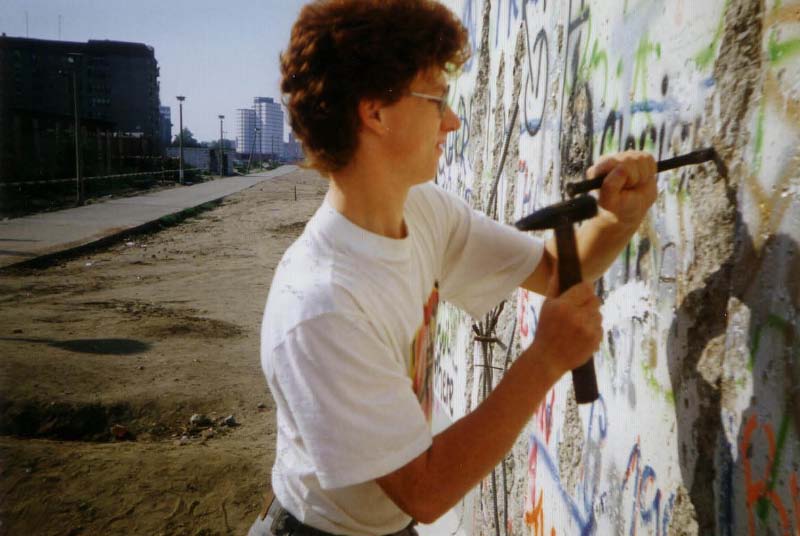 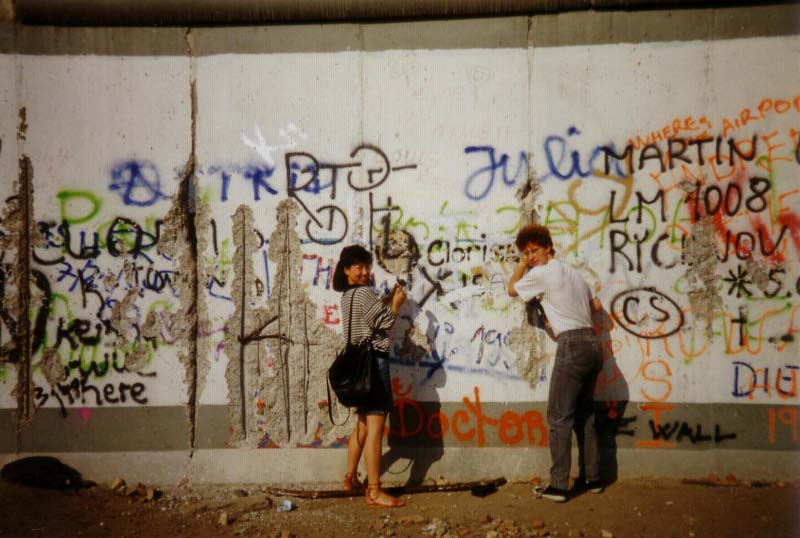 Me & Shanshan labouring through the wall 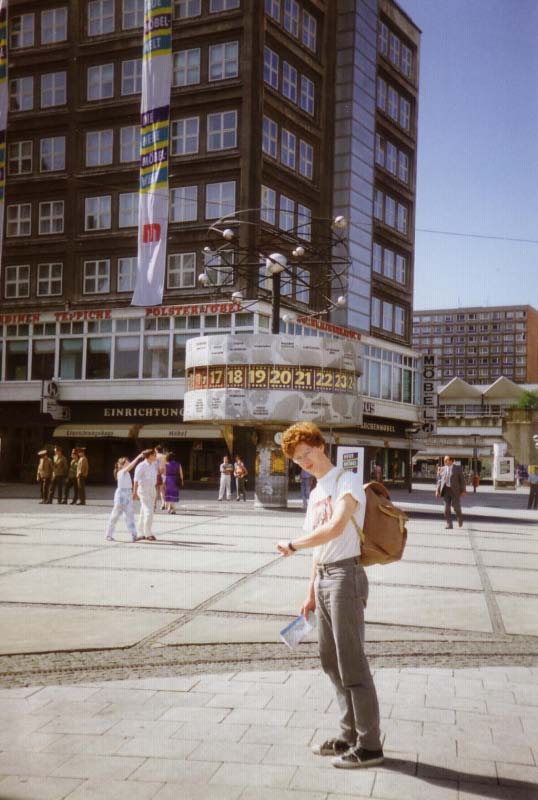 Watch at Alexander Platz, on this photo I am wearing my t-shirt from Student Aid '90, which I still possess, though it won't fit anymore. 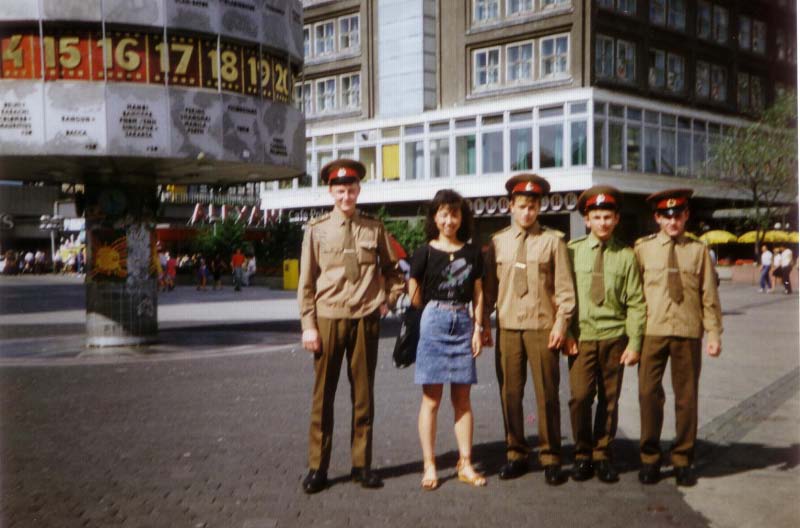 Shanshan flanked by members of the Nationale Volksarmee (NVA) 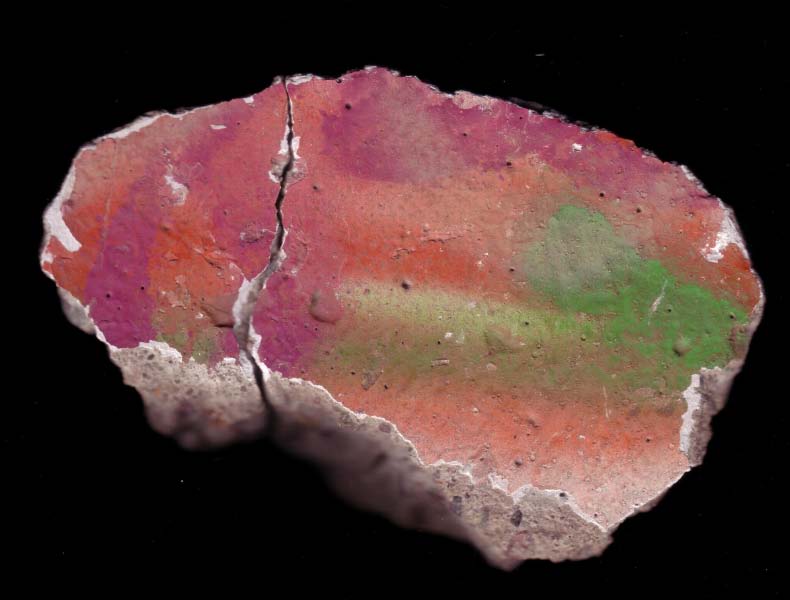 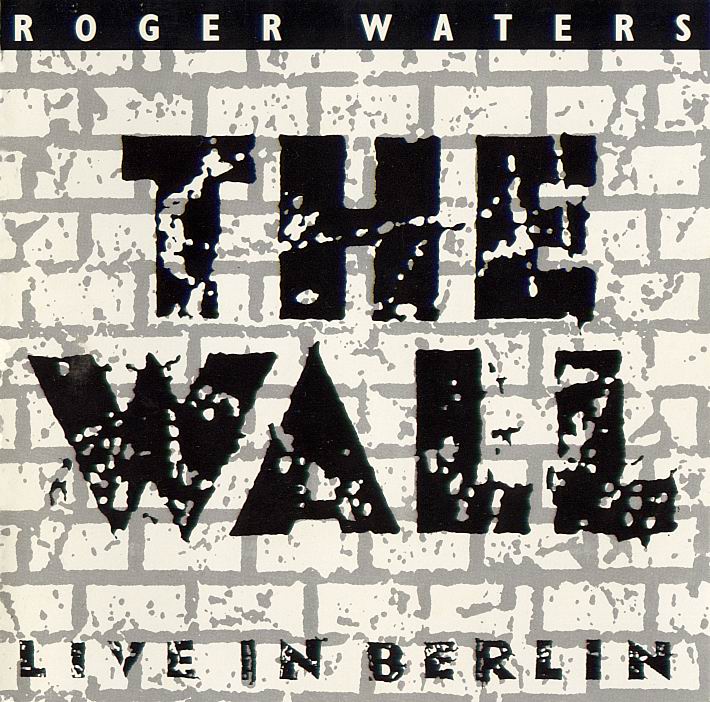 Our concrete piece of the wall, which meanwhile spontaneously desintegrated even further.

P.S.: Prior to the downfall, demonstrators cut out the emblem from banner of the D.D.R. to symbolize the re-unification of Germany. Hence the white hole in the German flag above.