The WPC 2010 (World Partner Conference) held July 11-15 in Washington, was the first global opportunity, offered by TOBIUS N.V. as my new employer, to actively network again within the Microsoft Community and its Partners, after 3 years hard work in the background on alternative markets (Telco) & technologies (Sun/Java). Since 2003, this conference became an annual gathering for the Microsoft partner community to learn about Microsoft’s roadmap for the upcoming year, network and build connections, share best practices, experience the latest product innovations and learn new skills and techniques. It is complimentary to the PDC (Microsoft Professional Developers Conference) – which is also organized at a global scale – TechEd (for Developers) & TechNet (for IT Pros), which are organized at regional level (such as EMEA), and DevDays & TechDays, which are organized nationally. This year 9,300 Partners and 3,600 Microsoft employees - representing 125 countries - attended a selection of 317 available training sessions. 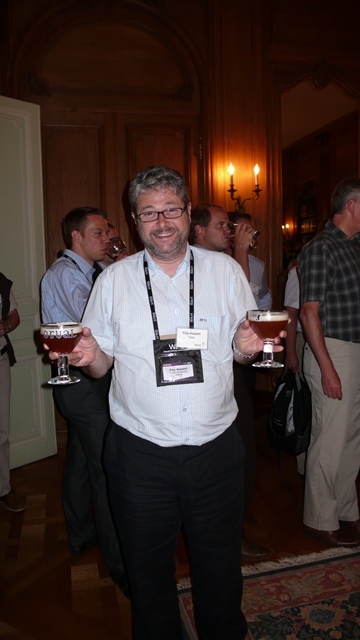 During the opening keynote, it became clear that - apart from Windows 7, Phone 7, Office 2010 and “Business Productivity” - this year the conference focused primarily on private, public and personal cloud computing, and adapted partner models to bring this new proposition to the market. Alison Watson stepped down as Corporate Vice President for the Worldwide Partner Group. Jon Roskill – who took over - took over delivered key messages of the upcoming Conference: “Transitioning our Partners & Customers to the world of the Cloud” and “We’re all-in” meaning that Customers will pay a fixed fee for an end-to-end information services, without having to manage their infrastructure anymore. Steve Balmer – energetic as usual – delivered his 3 share-points: "The cloud drives server advances which drive the cloud", focus on new "social" scenario's and the need for smarter or “cloud centric” devices (new form factors such as Windows 7 based slates following iPad). He recognized that Microsoft missed a generation with Windows mobile, which will change (dixit) with Windows Phone 7, whereas GNU-powered HTML5 and Internet Explorer 9 will allow for richer user experience inside the web-browser.

Afterwards some cool new applicances were demo'ed, such as Dell Lattitude Z with wireless charging and auto switch on/off when sensing its owner coming or going, an Omeyo laptop whose screen could slide wide open to display large spreadsheets and the Sony P netbook. Some lucky bastards in the audience could get a feel of the new equipment, and were then told they could take them home. However a bit sobering in the forecasts from Tiffina Bova (Gartner) is that all regions grow - in Asia even continuing with double digits - except "old" Europe, who's IT market shrinks instead. About time we further advance into the 21st century as a new nation of nations, instead of complacent withdrawal behind narrow mental and cultural borders. 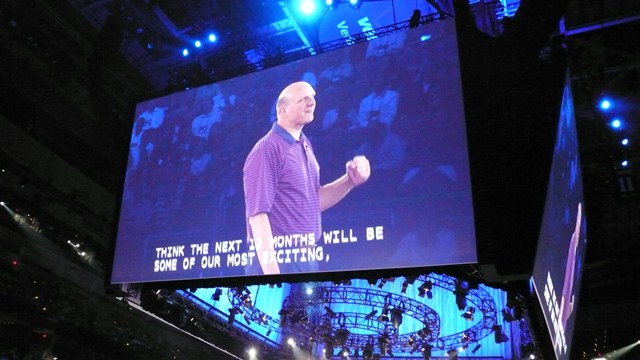 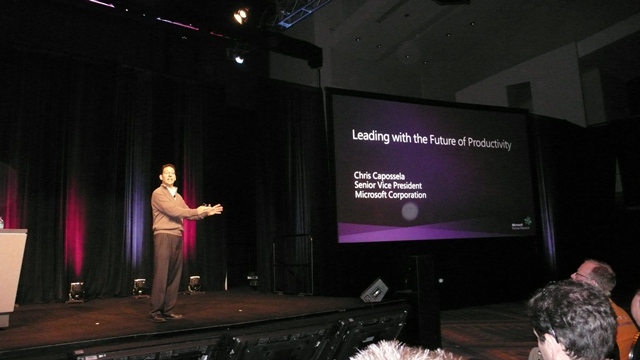 During the evening, Microsoft had set up a welcome reception at the residence of the Ambassador of Belgium – Patrick Nijs – at 2300 Foxhall Road NW Washington, with a speech from Philip Vandervoort (General Manager from Microsoft Belgium). Appropriately, Belgian beer, fries and chocolates were served in the garden, and we had an interesting chat with the ambassador himself, whom is - as you would expect - quite a diplomatic guy, skilled in neutralizing the most trickiest political questions. 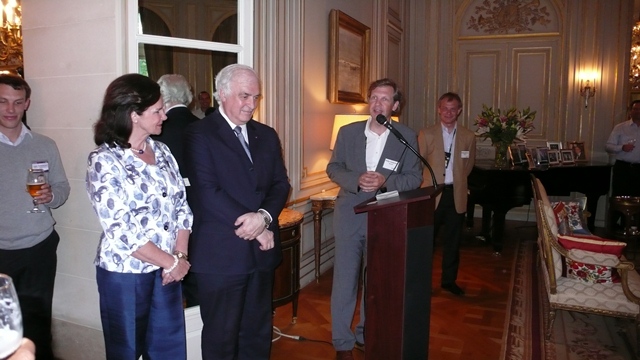 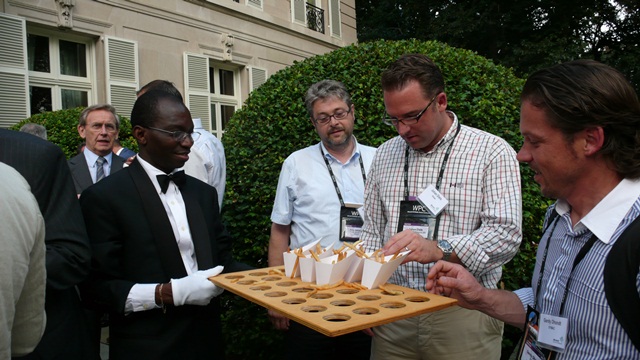 Philip's thanking the ambassador and his wife | Symbolic Belgian fries

At our hotel (Mariott on 22nd street), we accidently ran into Philip Vandervoort - General Manager from Microsoft Belgium - so we had breakfast together. The consumer keynote at the Verizon center focussed on Phone 7, X-Box 360, and Messenger as integration point of social networks. Indeed quite cool how Window can sync across home appliances throughout the “personal” cloud. Molly o'Donnell, a hip girl and Microsoft Manager from Interactive Entertainment, presented the new X-Box game Halo “Reach”, and the Kinect (see video) for movement and voice control of Window appliances. If it works a well as the demo, I guarantee everyone be Kinect-ed by the end of 2011 !!!

Tuesday evening “Miss B” toured us around the Mall. Interestingly I learned that the lower part of the Washington monument is of a different color, as constructions stopped half-way due to the American civil war. At the roof of Old Ebbit’s (675 15th Street, NW), we got a privileged bird's eye view on the White House's South wing - snipers and all - and savored our giant steaks, not too far from the place Lincoln was shot at the Fort's theatre on 10th street in 1865. 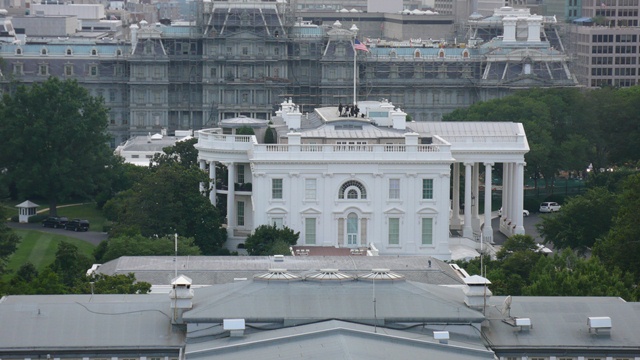 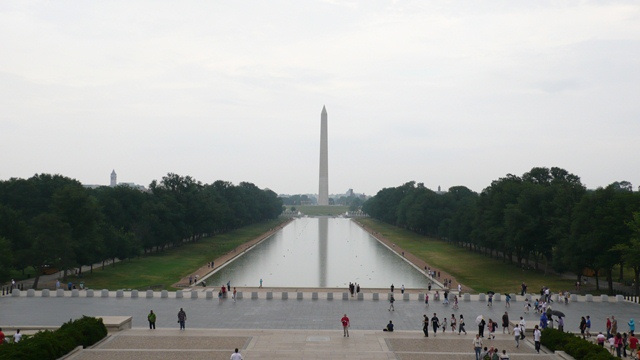 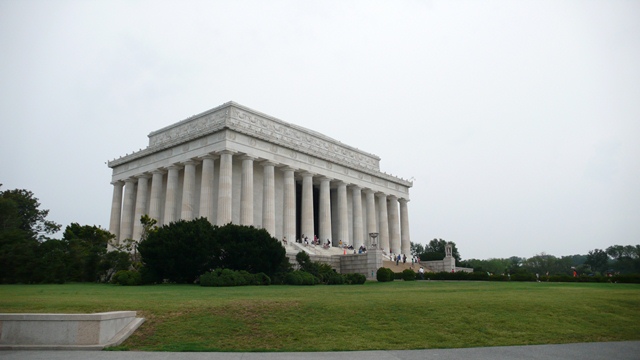 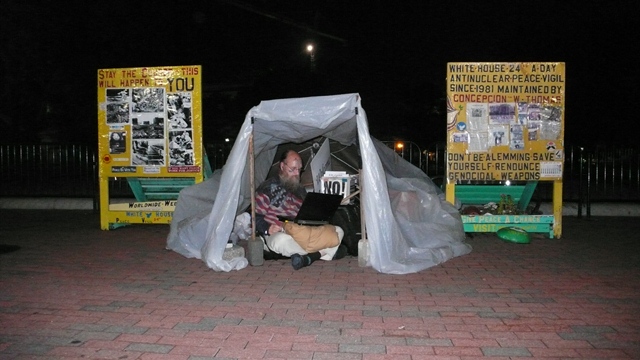 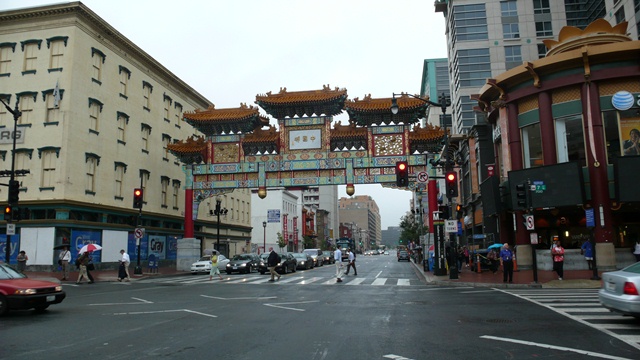 At the last keynote of the conference, exiting new stuff on the "A-list" was presented, such as GreenButton for grid processing in Azure, the Spindex Silverlight pivot viewer, the beta of Bing maps, and technological advances with "mobile surfaces" from Microsoft Research. Also the winners of the "ImagineCup" were presented, in which 350.000 students participated. Kevin Turner - Chief Operating Executive of the Microsoft Corporation - took competition in hyper-drive, with the ambition to offer "Continuous Cloud service for every business and every person" in parallel with Bill Gate's dream expressed 20 years ago to put a computer into every home. Though “Strategy & Innovation without execution is hallucination” - quoting Kevin - Microsoft remains fully committed with 9.5 billion USD in research. President Bill Clinton - closing the keynote - didn't say a lot about IT specifically, but he made a strong case for sustainable systems in developing countries, which somewhat contrasted starkly will Kevin’s message “crush the competition”. After a series of sessions on Business Productivity, we had Microsoft partner dinner in the evening at Hook, Georgetown seafood restaurant, 3241 M St. NW. 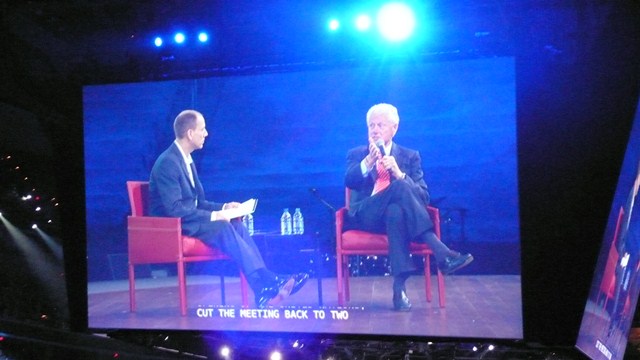 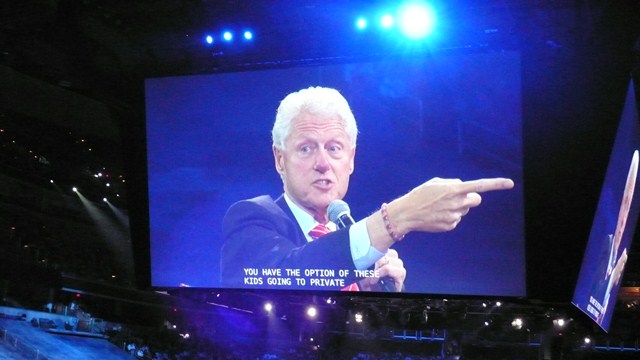 After the Western European keynote and exploring the expo, we were transported to the Sequoia Restaurant, 3000 K Street NW, for BBQ at the Potomac riverside, followed by the BeLux wrap-up. Afterwards we went back to conference to join partner celebration with “ClusterFunk”. After few Mohito’s too many at Clyde’s of Gallery Place, and fun conversations with long-term friends & ex-colleagues such as Danny Buysse from CODit and Michel Kennis from Capgemini, we went clubbing at the Lima Lounge until morning early hours.

Not worth to mention that waking up on Friday was extremely hard. However the day was certainly not lost. After shopping at Macy's, I visited the Smithsonian Museum of Natural History which must be the most amazing show on earth, and this at no cost. Afterwards listening to my sympathetic Ethiopian taxi driver when driving back to Dulles airport, and recalling my experience with "Bright Beginning" on Sunday, it dawned on me that not all of Washington is that fortunate, as the city is still kown as the "murder capital" of the United States, especially in the city's eastern neighborhoods where economic revival has yet to occur. As both Plato the philosopher and president Clinton during his speech affirmed, Ignorance is the root & stem of every evil, so it can only motivate to put information technologies out there at work, which allow humans to master their own fate. 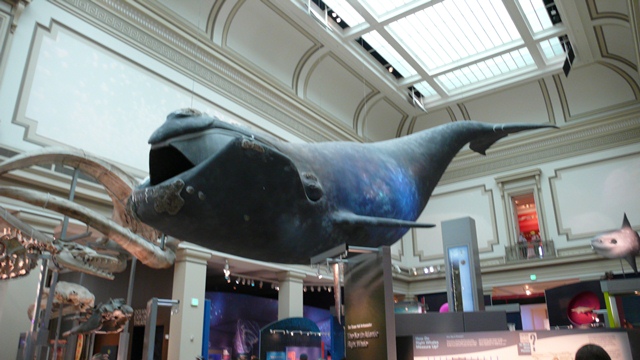 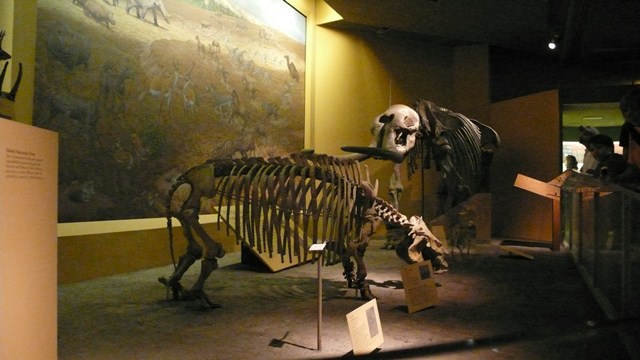 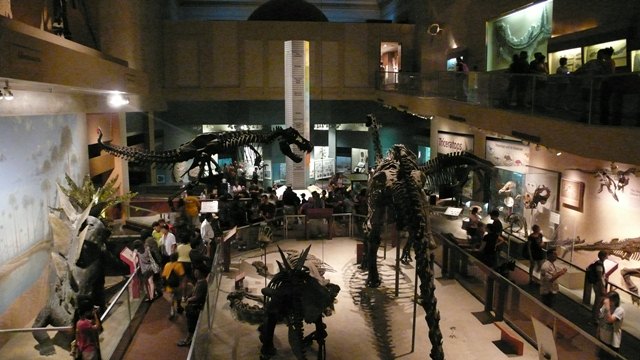 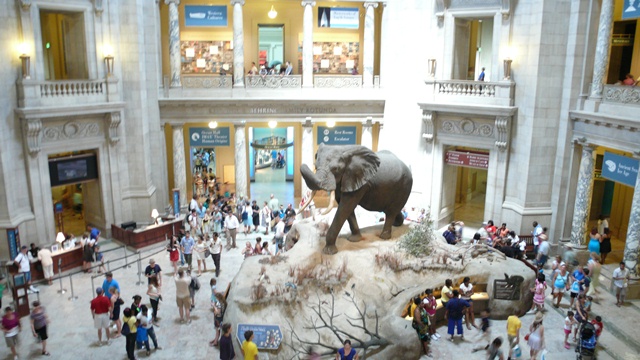