Beijing, host to the present and gateway to the future 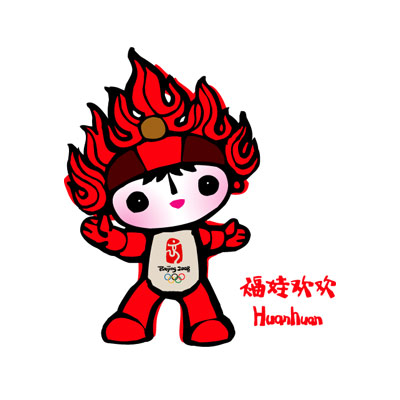 At time of writing I am four hours through my nightshift. Once in a while loud cheers of joy erupt from the Technology Operations Center, like when China defeated Germany in Men's Basketball with 59 points against 55. They will face their next adversary in the Men's quaterfinals held on Wednesday 20st August. Anyway a convenient time to consult the latest Olympic results and statistics on the great INFO intranet built by Atos Origin on the Games network ...

In her 5th race on Saturday, Evi ended 8th out of 28, putting her overall 13 points behind Jo Aleh from New Zealand who is currently leading. Other favourites Anna Tunnicliffe from the USA, Penny Clark from the UK and Sarah Blanck from Australia are still within reach, so with 6 more races to go nothing is lost. However weather conditions are poor - with early mist, variable winds and strong currents in the bay of Qingdao - so most races are rescheduled. Considering that China is (not yet) a sailing nation, surprisingly Lijia Xu from Shanghai is doing better than Evi on 4th place. She only joined the International Sailing Federation in 2006, which is the same year that she became the first Chinese sailor to win an olympic class in the World Championships in California.

On Friday Sebbe & Carolijn finished 11th in their Tornado, same place as race number 2 on Saturday. However in race 3 - same day at 14:00 - they ended 5th, which put them 9th in the overall ranking, with 19 point behind 8 points achieved by Fernando Echavarri and Anton Paz from Spain in 1st place.

According to the BOCOG brief and an e-mail from Jeremy - Atos Origin's Chief Architect - Olympic day 7 on Saturday 15th is where Bejing 2008 really gets serious. Probably everyone in Belgium will already know that Kim Gevaert ended 1st in the Women's 100M round 1 - Heat 5 in 11.33 seconds (with a neglible wind -1.4 m/s). Considering that's 0.84 seconds under the World and 0.71 seconds under the Olympic Record (both records held by Florence Griffith-Joyner), that's not bad at all at this early stage of the race. In round 2 heat 4 same day at 20:56, Kim ended 3rd with 11.10, even better than the first time but now less then Kerron Stewart from Jamaica, who finished within an unimaginable 10:98 seconds. Lauryn Williams from the USA ended in 11.07, so in a way this 3rd place in the 2nd race is even more memorable then 1st in the 1st race. Conditions helped, as it was much cooler with 28 degrees Celcius, cloudy and light tail wind + 0.4 m/s. In athletics world-shock of today was Tyson Gay failing to qualify after running a time of 10.05 seconds. This reigning world champion in the 100m and 200m was the United States' best chance for gold in this category.

In Final A of the Men's Single Sculls, Tim Maeyens ended 4th over a distance of 2000m in a race won by Olaf Tufte from Norway. In Footbal q/final match 26, the Belgian Team of coach Jean Francois De Sart won from Italy with 3 against 2 goals. Both teams got fifty/fifty 2 cautions and 1 expulsion each. Pieter Desmet ended 11th in 300m Steeplechase round 14 and is thus not qualified. Iljo Keisse ended 12th in Men's Point Race in the Laoshan Velodrome, with an average speed of 53.048 km/h in this race.

Tomorrow Sunday 17th the rescheduled sailing races Tornado and Laser Radial will hopefully take place, Jos Lansink (Dutch original living in Lanaken) will be jumping individual qualifier in the Hong Kong Equestrian (Shatin) and Kim will run in the the Womens 100M semifinal 2. Another beautiful event on the schedule is the Women's marathon - outside I have already been strolling over the sacred track - but I go out to the Great Wall with the family and Emily, so I hope to follow the Men's marathon live when I am off duty on Sunday 24th.

Though all Belgian athletes are doing their very best, it is fair to state that overall we suck big time. More then likely some politicians will claim again that Belgium is badly organised and futher regionalisation will be the miracle cure. In fact instead we better scale up at federal level, and boost the budget for popular sport on one hand and special attention for top athletes on the other. Unfortunately when it continues like this, we can only count on a couple of rare individual feats. Then again some developing countries like Kyrgyzstan and Uzbekistan - where modern sport infrastructure must be far worse than in Belgium - already collected 2 medals. Probably they can partly rely on their long tradition in certain sports, and the pure stamina of their athletes.

Michael Phelps aims for the history books with the intend to collect 8 medals in a row, 7 of which he acquired already in the 400m individual medley, 200m freestyle, 200m butterfly, 200m individual medley, 100m butterfly, 4 x 100m freestyle relay and 4 x 200m freestyle relay. Also in swimming Stephany Rice from Australia collected 3 gold and Ryan Lochte from the USA 2 gold and 2 bronze. For the People's Republic of China, Yang Wei from Hubei province confirmed his status of demi-deity in Gymnastic Artistic, winning the Men's Individual and Team All-around 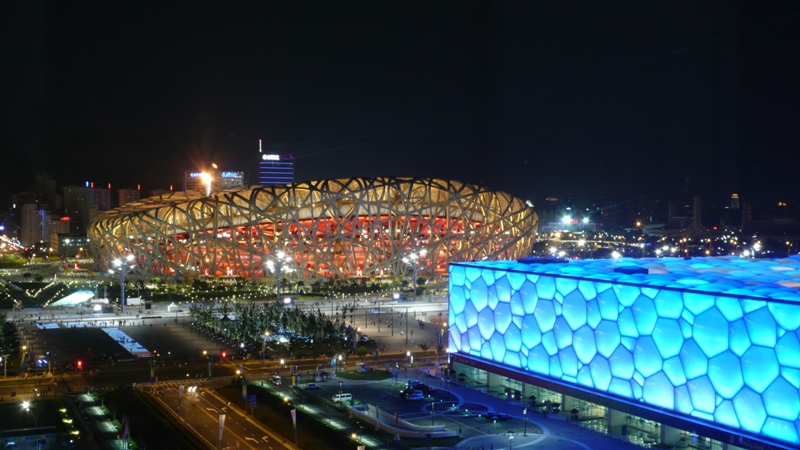