Clashes between East & West appear so easily and suddenly. In Beitucheng underground station, the ferocious travellers rushed en masse into the carriage, completely blocking the way out for a small girl. An upset Dutch couple - much taller than anyone else - forced a way so the girl could get off after all. This caused an old Chinese lady to freak out completely, and in Chinese I could hear her talking about animal behaviour of Western visitors to everyone who fancied fueling the argument. Meanwhile the old Dutch man and wife stood there flabbergasted about what they did wrong.

After returning to the Yong An hotel after my day shift, I went to Jazz Ya on Sanlitun Lu with my 2 Belgian collegues. Nice Japanese food, but unfortunately no live jazz was staged that evening. Afterwards we decided to venture into the Holland House from Heineken at the Agricultural Exhibition Center. Our accreditation card granted us access to one of the weirdest experiences in China so far. All M.I.O. (Men in Orange) were loudly singing along unbearable Nederpop, either drunk & flirting with girls from visiting countries or Chinese whom they smuggled in, and whom obviously had no clue what was going on. Beer was 30 RMB each, to be bought with paycard, with a minimum consumption of 50 RMB and a 50 RMB deposit (a Beijing Yanjing beer is less than 1 RMB). Fred and Rik - who returned from a Great Wall exploration that day - could only wonder how in a single day they went from Chinese to Japanese to this madness. However later that evening the music turned global and danceable, and Deborah Gravenstijn from Rotterdam joined in, who won Silver in Judo for -57 kg. Luckily she did not take revenge with an ippon for her loss from Giulia Quintavalle, who won gold for Italy. Fair to say that the Holland House must be a commercial hit, unique in his kind, right near the diplomatic district in Beijing and obviously leaving a lasting impression. 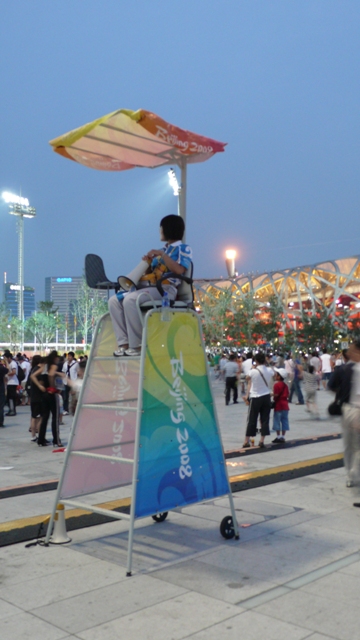 Of course I also already have tried out one of these chairs. 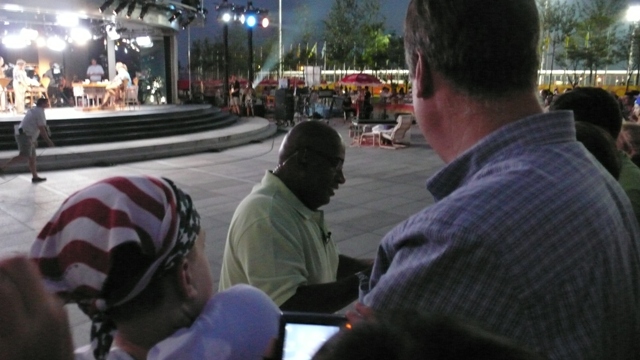 American hero, but couldn't figure out whom. 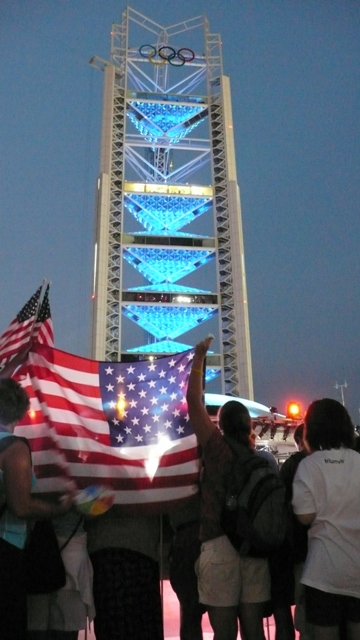 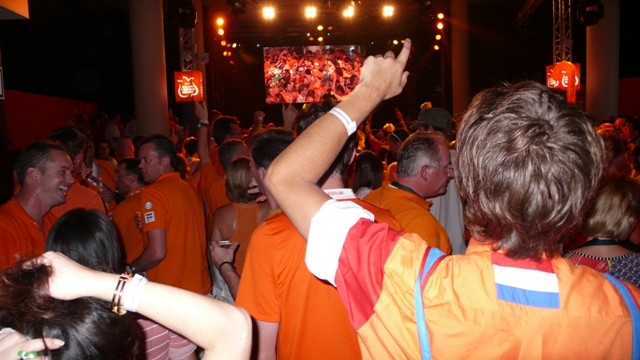 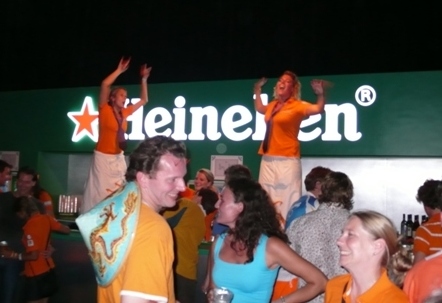 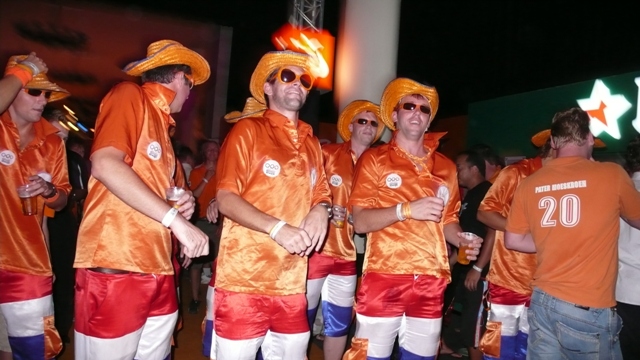