Unlike Tia - who had to jump the finals in the evening - for me the pressure was off, so I decided to venture into the City for the first time on the tiny green girl's bike which I borrowed from Emily. No rules but everyone seems to get home or at work fine … or try this: Saw a guy eating chicken saté (from a pointy stick) while driving his motorcycle (without helmet of course). Since 1 out of 3 cyclist seems to be utterly unable to steer straight, overloaded tricycles come out from everywhere and oncoming cycles pass you via the right, the whole cycling experience feels like a bit being thrown inside a real-size video game. Other than that Beijing could be a very cycle-friendly place, however taxi + bus overtaking the cycle lane, and cars fast driving through the red light to turn right (evidently without giving way to people crossing the street) can make it extremely dangerous.

From my new observation point, I got quite shocked by some western visitors standing out from the crowds in a rather negative way. A whole group of grossly fat guys walked around bare breasted, another bloke proudly paraded with 2 prostitutes on each side, and another lowlife was sticking up his middlefinger for no apparent reason. This in sharp sportive constrast to what could have been African athletes - dressed all chique in Nike - all pointing their fingers at me while cycling by, laughing and yelling "Go Volunteers". 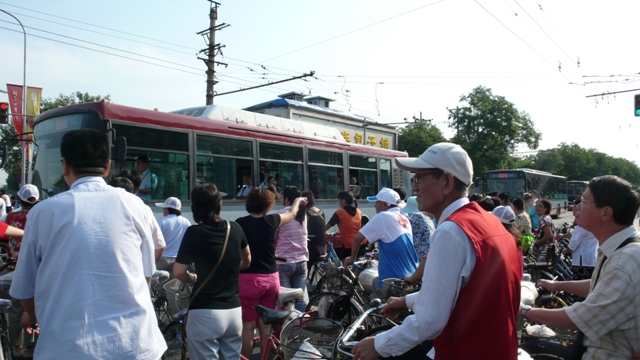 How long will the bike still rule Beijing? 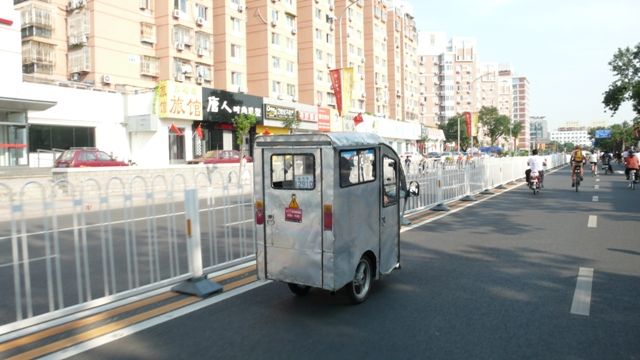 One of the many funy vehicles cruising along.

Though I was not on shift, I reported to the TOC (Technology Operations Center) to watch Tia Hellebaut live for the Women's High Jump Final inside the National Stadium starting at 19:00 (local time). On the channels of IBC (International Broadcasting Center), together with the screens of CIS (Commentator Information System) I was able to follow the competition much better than the qualifications inside the Stadium on Friday. Probably the whole of Belgium will for ever remember the outcome of this event. Blanka Vlasic from Croatia - beaming with self confidence - got a straight A up to 2m03. At the end only she, Anna Chicherova from Russia and Tia for Belgium were still standing. However Anna - visibly under pressure - failed at 2m05, and Tia called it a day after her first and successful attempt over 2m05. For the same height Blanka - for the first time this session - required 2 takes, forcing her to jump 2m07, which is 1 cm higher than the Olympic Record of 2m06 held by Elena Slesarenko from Russia (Athens 2004). Once the bar fell 3 times, Tia could call herself the Olympic Champion of the Women's High Jump Beijing 2008 !!! 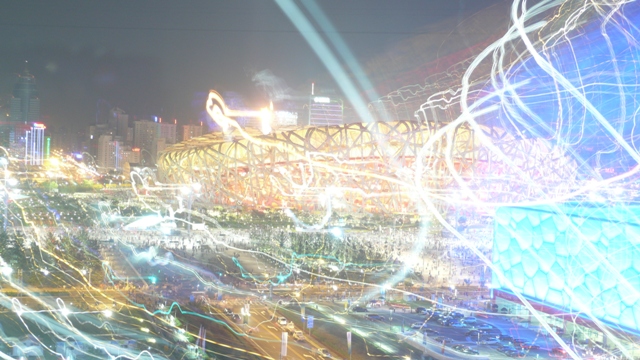 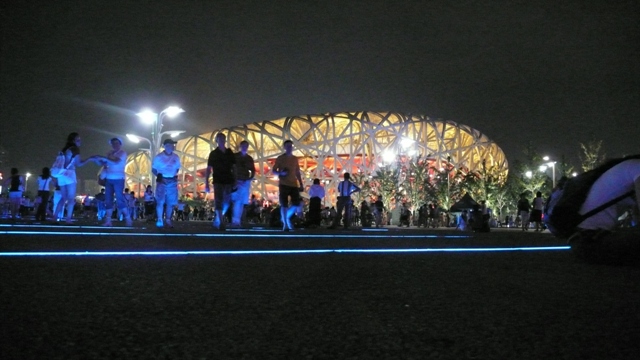 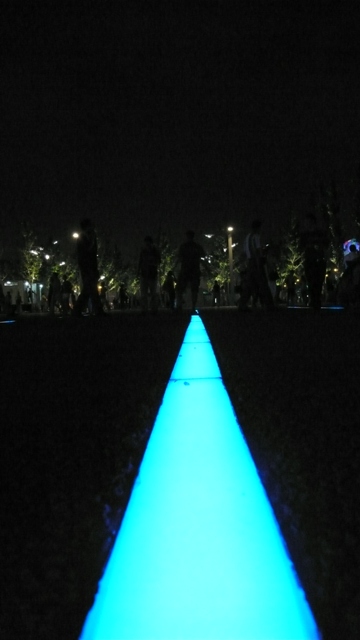 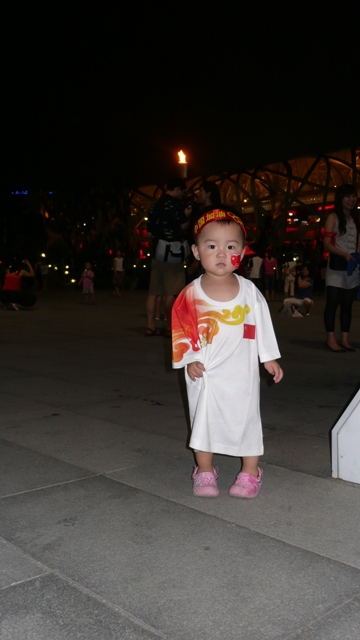 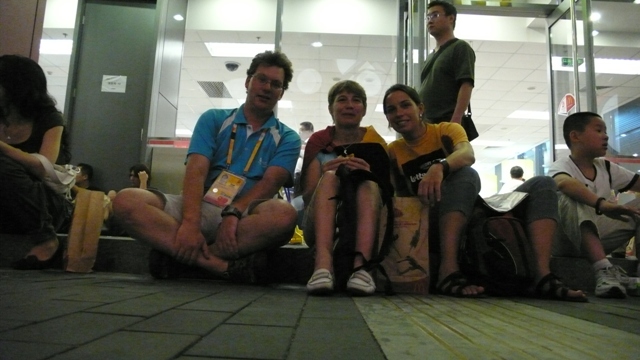 In front of McDonald's inside Sunken Garden together with fellow Belgians who watched Tia win Gold live inside the NST.