The Marathon by Bike

My most magical Olympic day of all - so hard to capture in words or pictures - basically broken up in 3 phases: (1) Marathon in the Morning, (2) Olympic Park in the Afternoon and (3) Closing Ceremony in the Evening (kept for next blog-entry).

To catch the marathon men, I woke up at 5 o'clock in the morning to certainly arrive in the locked-down centre at 7:30. My accreditation card granted me access to a wholly deserted Tiananmen covered in a water fountain curtain. On my small bike I felt a bit like Puyi in the movie "The Last Emperor", until an armed vehicle and military forces passing by violently woke me up from my dream. Also of a sudden my saddle came off at the middle of the road - not fit to carry ninety kilos I suppose - so I found myself in dire straits when to police announced everyone to clear the field. By accident I ended up in a perfect empty front row - behind the cordon - to watch Samuel Kamau from Kenia and his tail rushing through.

Due to the broken saddle, I feared to be over and out for further pursuit . The police in the tow-away-vehicle wouldn't budge an inch to borrow me a wrench from their toolbox (guess they remained on high alert), so I moved into more densely populated areas to seek for assistance. At first a friendly shop owner tried to be of any help with what must be the smallest tool available on the market, but that quickly proved to be a futile attempt. After a while I found an open air bicycle repair shop, and - while drawing a large crowd of onlookers - we both managed to get my seat in the right position again, at no charge at all. Shortcutting the runners to the West, I was able to cycle along the trail - once more thanks to my badge - and - after crashing along the way into a careless policeman - I saw Samuel Kamau Winsiru (number 2263) finishing first, Jaouad Gharib (number 2391) from Morocco ending 0:44 seconds behind, and Tsegay Kebede (number 1651) from Ethiopia at thirst place (3 minutes 28 seconds behind the Winner). Out of 98 runner 22 did not cross the finish line. 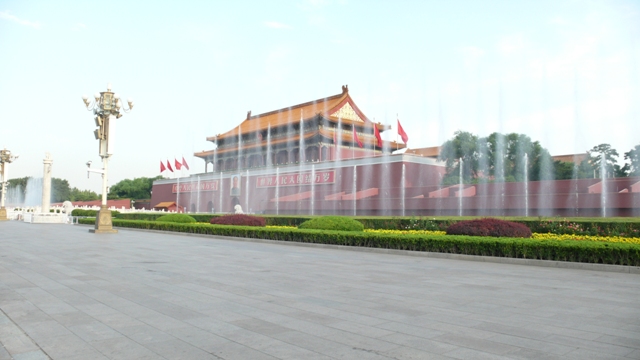 Tiananmen in peace as it can seldom been admired. 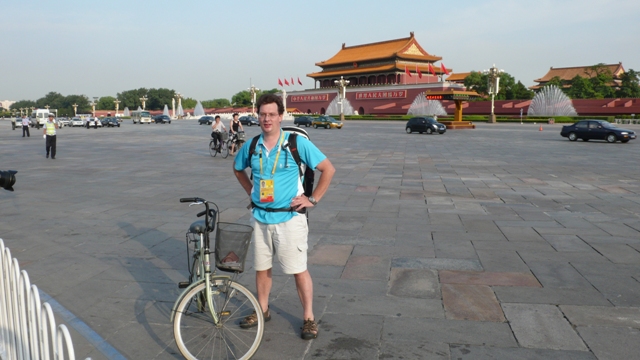 Me and my Roadster. 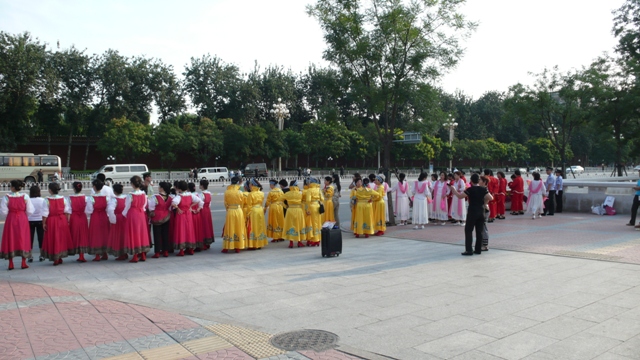 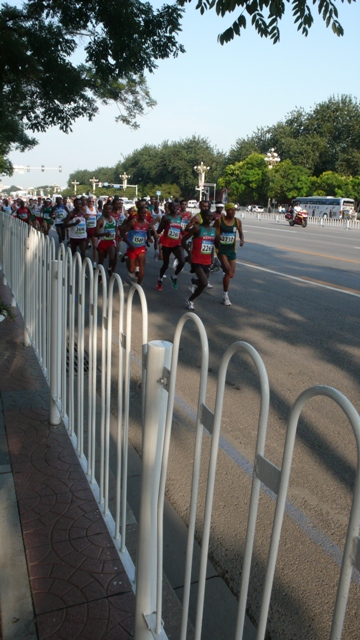 Runners passing by, with Samuel Kamau Wansiru (2263) from Kenya already in early lead. 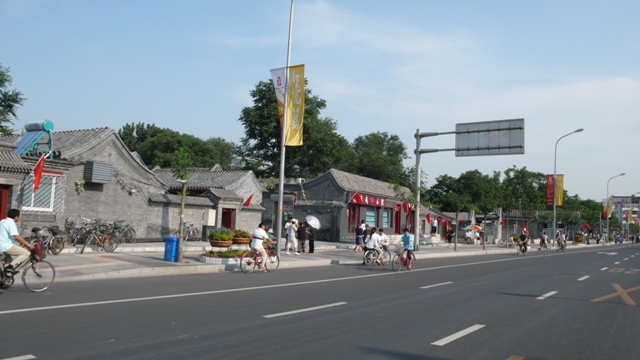 Hutongs in the Xicheng District. 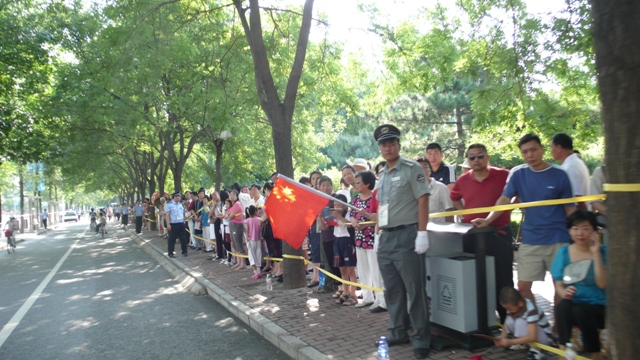 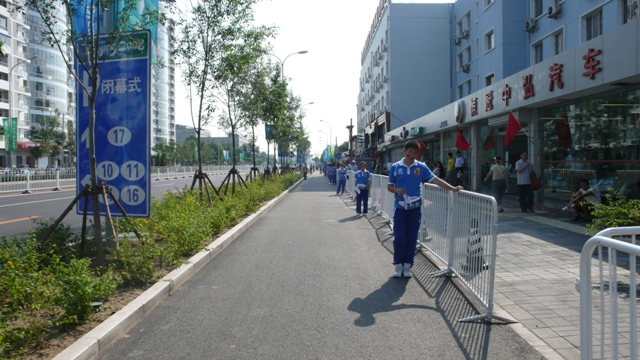 Blue of Volunteers guarding the Track. 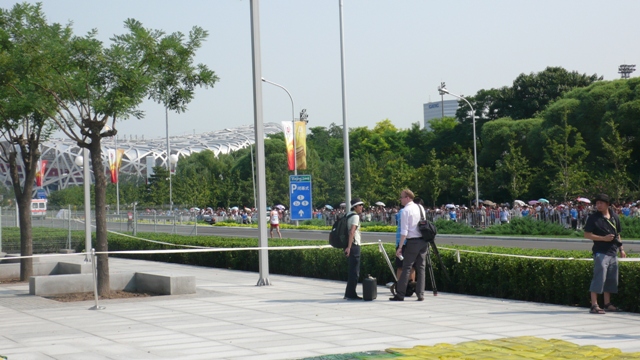 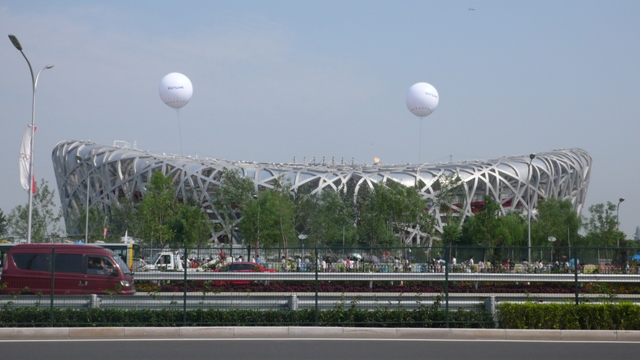 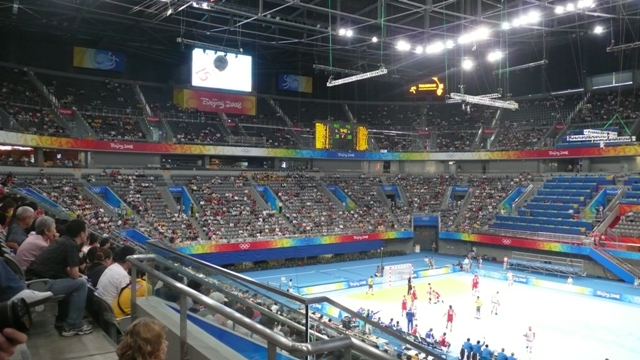 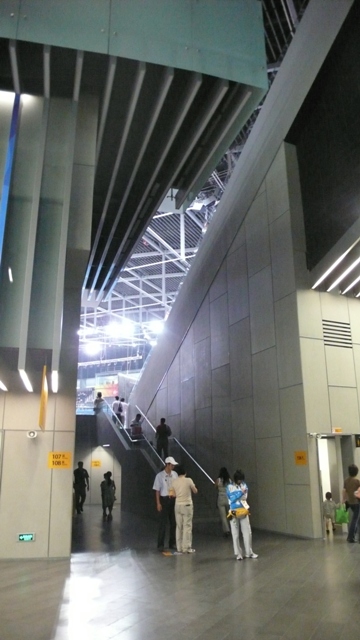 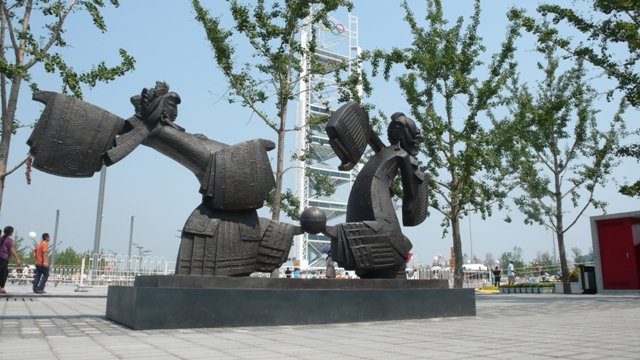 Art in the Park. 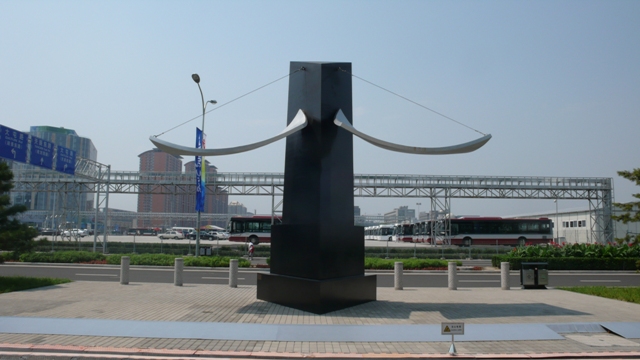 German Artifact, not far from the Volkswagen pavillion. 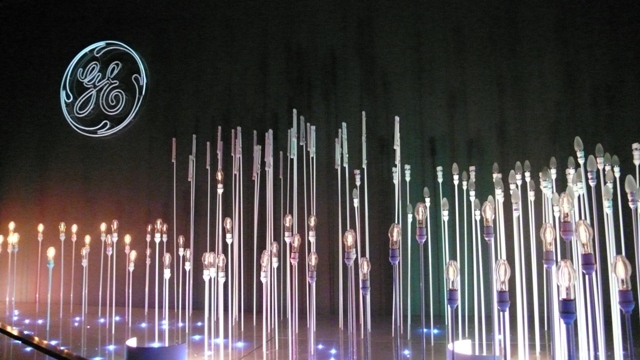 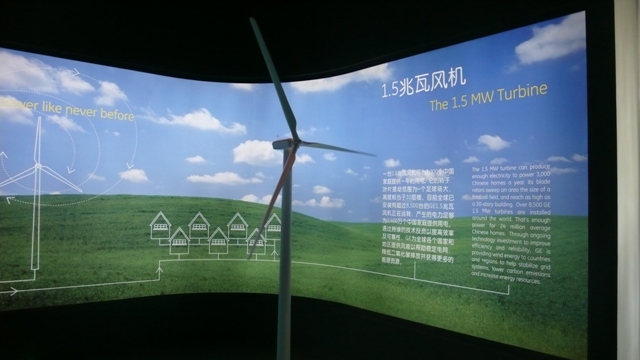 Ready to service a billion Customers. 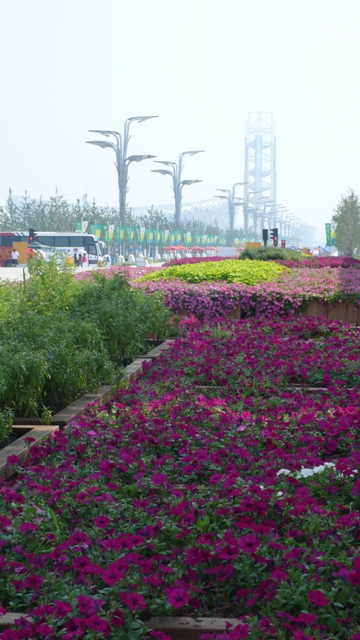 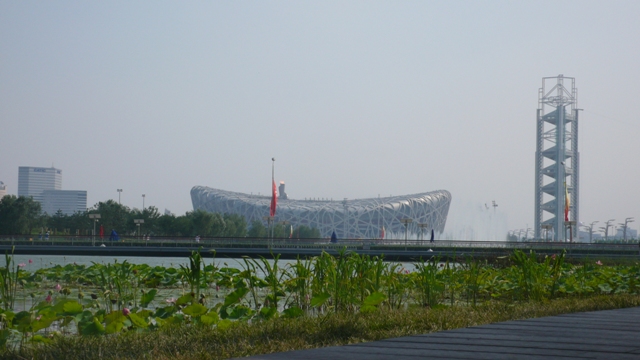 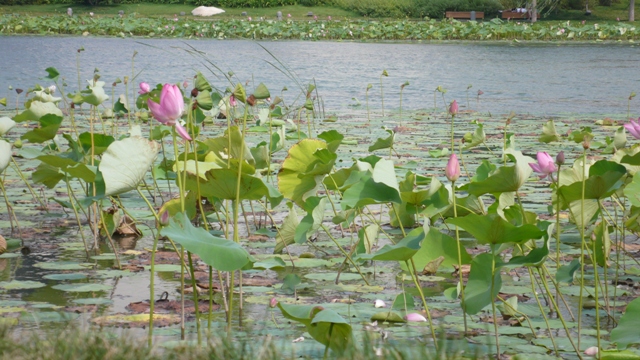 Track of the Men/Women Marathon Beijing 2008 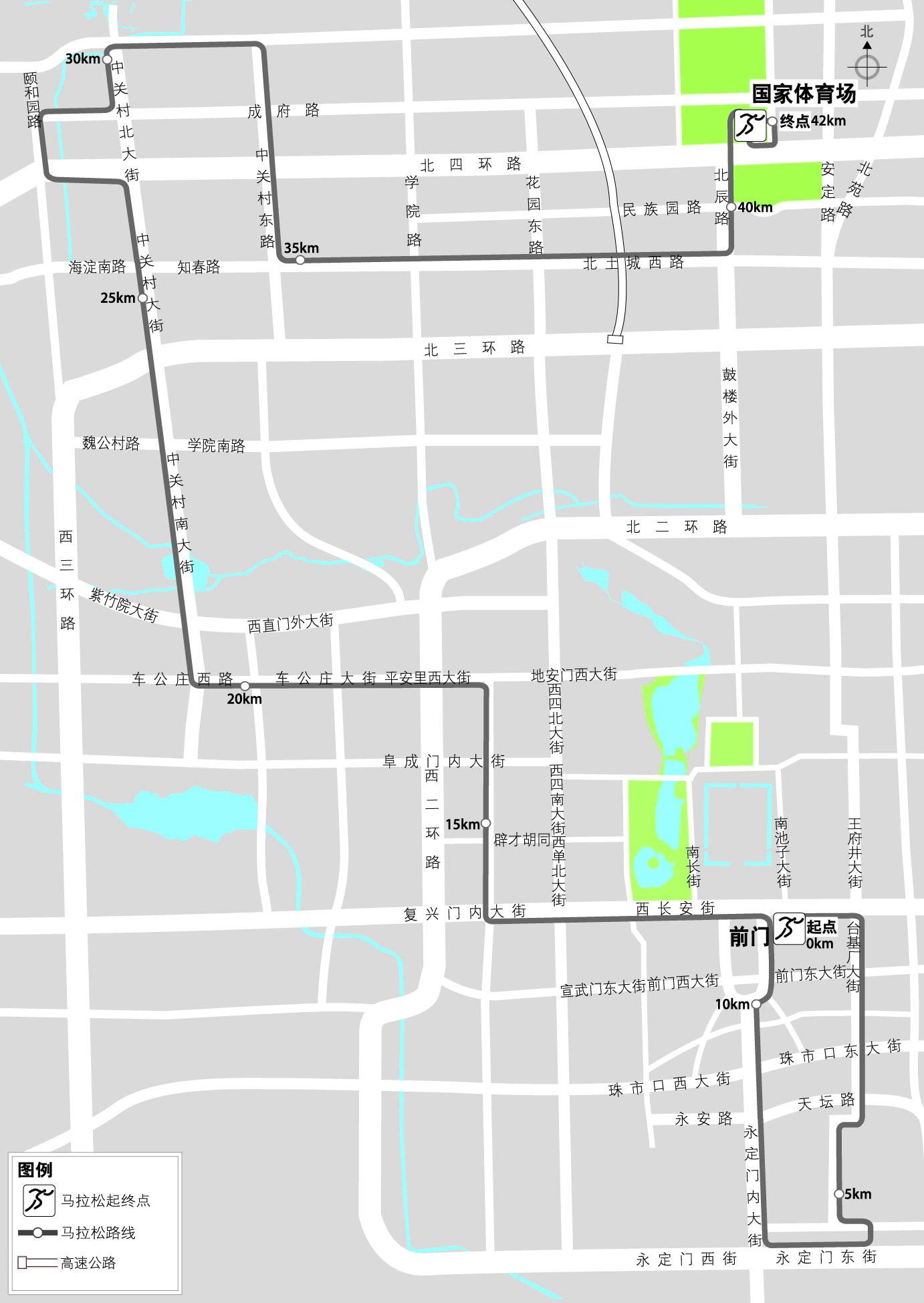